Matthew Carter’s Miller is a seminal reinvigoration of the 19th-century Scotch Roman, serving forthright, authoritative body copy and headlines since 1997. All Display weights include small caps, italics, and italic small caps, a hallmark of the original Scotches and features that have made it a staple of magazines and newspapers like the Boston Globe, San Jose Mercury News, Glamour, and New York magazine. The Miller family has seen several updates since its initial release, with improvements from Carter and Font Bureau designers such as Tobias Frere-Jones, Cyrus Highsmith, Richard Lipton, and Kent Lew. Today Miller Text gets a substantial expansion.

The most visible enhancement is a Semibold weight, useful as a less emphatic counterpart to the standard Roman, or for those who prefer a darker color to their text.

Also new to all Miller Text styles is expanded glyph coverage. Alongside the existing three-quarter-height Scotch numerals are optional oldstyle and lining figures, each with appropriately aligned currency and other symbols. A complete set of fractions, with arbitrary superiors and inferiors, is also now included.

The final major enhancement is one that will allow Miller Text to speak more languages than ever: an FB Extended Latin character set, which covers all major languages and dialects written with the Latin alphabet. 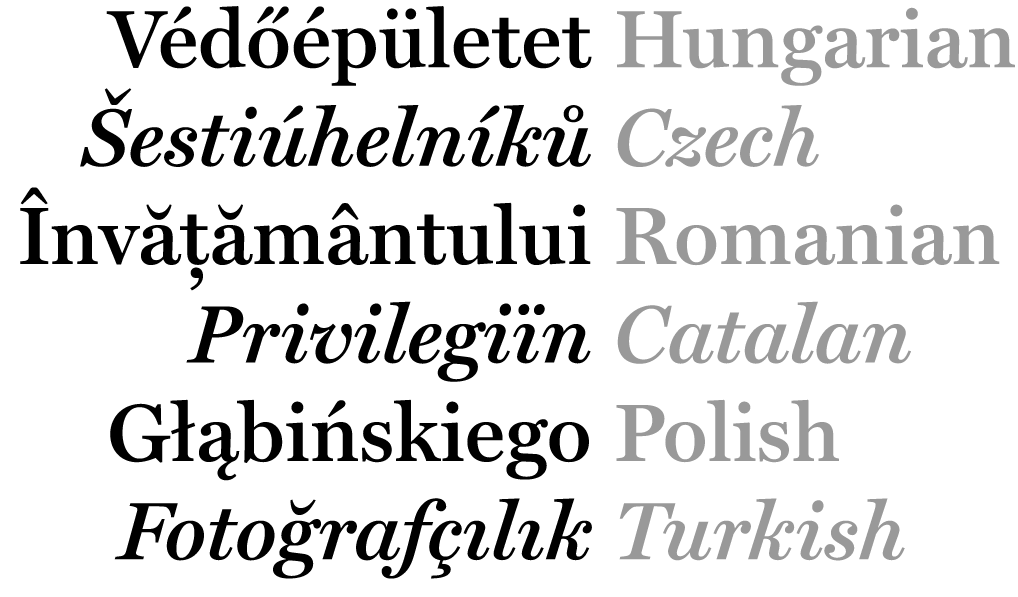 Miller has always been the epitome of a reliable publication workhorse. Now there is even more power behind its poise.